The Airway Management Academy was founded in the Netherlands

The Airway Management Academy was founded in the Netherlands

The Airway Management Academy was founded in 2013 by dr JM Huitink, anesthesiologist, and our aim is to increase global patient safety during airway management.

We organise non-profit basic and advanced training courses for medical professionals involved in routine and emergency airway management procedures. The Airway Management Academy can provide training for all levels of expertise for health care professionals treating patients in the operating room, intensive care unit, emergency department, ambulance, air medical environment or prehospital. Most courses are in Dutch or English. Courses in German will be given upon request. In close collaboration with experienced educators from Amsterdam, Bern and Doha and international institutions,  airway management skills can be practiced in state-of-the art training facilities or in-company. Our courses are accredited.

Individual and small group lessons are available upon request.

We are dedicated to innovation and excellence in airway management

The teachers, advisors and friends of the Airway Management Academy are airway management enthousiasts from various disciplines being active in patient care, teaching, research and innovation. Most teachers are active members of international airway management societies or special interest groups airway management, patient safety or simulation in healthcare.

Locations
We work at teaching locations in Amsterdam, the Netherlands, Bern, Switzerland and Doha, Qatar and during international airway conferences.

The Airway Management Academy is honoured to have
dr. John Henderson as our Patron.

He has contributed significantly to the development of the anesthesiology profession, and in particularly airway management in the United Kingdom and worldwide.

John Henderson studied medicine and his initial anaesthesia training started in Glasgow in 1970.  He then worked in New York and Boston in 1976/7.  He has been a consultant anaesthetist in Glasgow since 1978. Airway management has been a long-term interest.  He has used awake flexible fibreoptic intubation since 1977. He has run workshops on many airway techniques, including fibreoptic intubation and cricothyroidotomy since the early 1990s. He published a paper on the use of the straight laryngoscope in 1997 [1] and has been responsible for a world-wide resurgence of interest in the technique.  He designed the Henderson laryngoscope, which has an improved tip, light and cross-section in relation to other straight laryngoscopes.  He has written editorials [2] and book chapters [3;4] [5;6] on airway management.  He contributed the chapter on airway management to the 7th edition of Miller’s Anesthesia [7]. In 2000 he was asked to lead development of the Difficult Airway Society (DAS) guidelines for management of unanticipated difficult intubation. These Guidelines were published in 2004 [8]. He has been secretary of DAS and organised the 2003 annual meeting in Glasgow. He was a founder member of the European Airway Management Society in 2003 and served as Secretary until 2006 and as President between 2006 – 8.  He has been a member of Subcommittee 19 of the European Society of Anaesthesiologists Scientific Programme Committee for 6 years and was Chairman for 3 years.  He was in charge of the first Euroanaesthesia hands-on airway workshops in Milan in 2009 and helped to run these in Helsinki in 2010. He retired from clinical practice in 2010 after working as a doctor for 42 years and an anaesthetist for 40 years.

2.   Henderson JJ. Questions about the Macintosh laryngoscope and technique of laryngoscopy. European Journal of Anaesthesiology 2000; 17: 2-5.

The Airway Management Academy was founded in 2013 in the Netherlands by dr Johannes Huitink, anesthesiologist 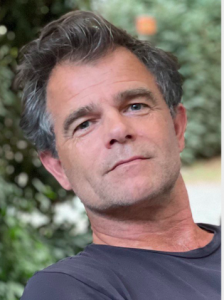 Lifebox has launched the MAKE IT O®  campaign to raise awareness of the pulse oximetry gap and supply pulse oximeters, training and support to anaesthesia providers in low-resource countries. We are formal partner in this campaign.

Lifebox has launched the MAKE IT O®  campaign to raise awareness of the pulse oximetry gap and supply pulse oximeters, training and support to anaesthesia providers in low-resource countries. We are formal partner in this campaign.

This website uses cookies to improve your experience while you navigate through the website. Out of these, the cookies that are categorized as necessary are stored on your browser as they are essential for the working of basic functionalities of the website. We also use third-party cookies that help us analyze and understand how you use this website. These cookies will be stored in your browser only with your consent. You also have the option to opt-out of these cookies. But opting out of some of these cookies may affect your browsing experience.
Necessary Always Enabled
Necessary cookies are absolutely essential for the website to function properly. This category only includes cookies that ensures basic functionalities and security features of the website. These cookies do not store any personal information.
Non-necessary
Any cookies that may not be particularly necessary for the website to function and is used specifically to collect user personal data via analytics, ads, other embedded contents are termed as non-necessary cookies. It is mandatory to procure user consent prior to running these cookies on your website.
SAVE & ACCEPT