During his medical training at Maastricht University, Hans was already involved in Anesthesiology and Prehospital Care, by working as a driver for a GP out-of-hours office, volunteering for a Disaster Response Team of the Red Cross and by following internships in Anesthesia at the VU medical centre. After finishing medical training, Hans worked as a resident in Cardiology and as a developer of courses in emergency medicine. Starting in 2008, he specialised as an anesthesiologist at the University Medical Center of Utrecht. During his training, he spent four months in Pediatric Anesthesia and four months at the Pediatric Intensive Care. Furthermore, he won the Dutch Resuscitation Competition and did a secondment with London’s Air Ambulance. He has done a fellowship in Intensive Care at the same hospital. His areas of interest are airway management, emergency medicine (both in- and prehospital), resuscitation, education and human factors. He published on the competencies of ambulance nurses and HEMS physicians in the Netherlands and is involved in research in resuscitation. Next to his fellowship Hans works as an EMS Medical Director of the AmbuCare Ambulance Service. He enjoys giving courses in Advanced Life Support (ERC) and Airway Management for both physicians and (ambulance) nurses. In January 2015, he will start working at the Academic Medical Center in Amsterdam as an anesthesiologist. Memberships include Dutch Society of Anesthesiology (including section on Emergency Medicine), ESA, ESICM and ERC. Hans is active on social media through LinkedIn and Twitter, see @HansvanSchuppen for interesting tweets on airway management and resuscitation. He is blessed with his wife and three children, so when he is not at the ICU, he is having family time, playing the piano or trying to make the perfect cappuccino 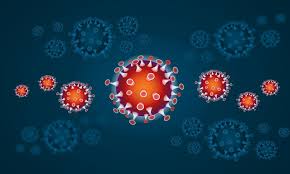